Today I was invited by the EU Commission Representation i Stockholm to comment on the Council Recommendation regarding the risks of the Swedish houshold debts.  Interested in my comments? Please find them enclosed below:

Thank you for inviting me to comment on the Council Recommendation.

I will concentrate my comments on the recommendations and the concerns about the Swedish household debts.

But let me first say that it was a pleasure to read the background paper – that is, the Commission Staff Working Document.

Although I don’t agree with everything in it and in some parts find the analysis biased, the Staff Working Document gives a broadly good picture about the state of the Swedish economy.

So, what about the EU-commission and the Council concerns about the household debts. Are the debts too high?

Yes, says the EU-commission staff report which is also reflected in the Council recommendation.

But what is the analytical foundation for this? I will claim that it is rather weak. Or at least not that strong!

The EU-commission notices that the household debt to income in Sweden is among the highest in the EU. True!

This is claimed to make the Swedish economy vulnerable to raising interest rates.

It is also noticed that the increase in the debt mainly has been driven by a long period of rising house prices. True!

In addition, the EU Commission claims that the house prices are well above what can be explained by economic fundamentals.

The figure behind me shows the indicators used by the EU-commission to reach these conclusions. 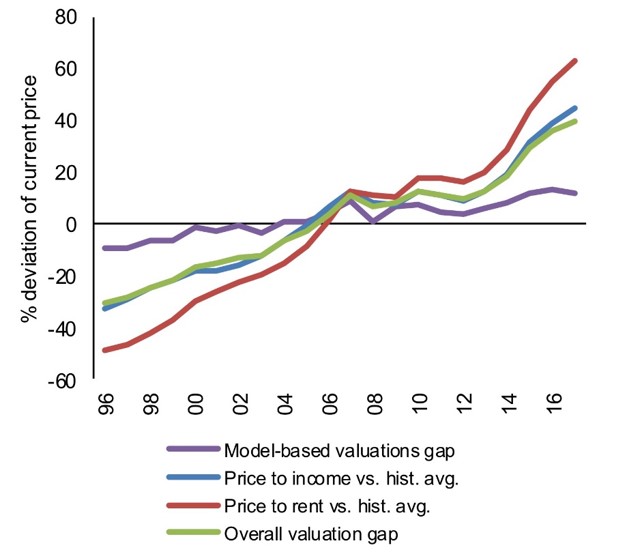 In the model-used approach controlling for fundamental drivers, the valuation gap is only 10 percent.

In a comment to the latter result, the Commission states that it is mainly driven by the current low interest rates which are subject to change.

Here the analysis stops which – as I see it – gives a biased picture of the risks with the household debts.

In Sweden the five-year nominal mortgage interest rate has fallen with more than 6 percentage points since the mid-nineties.

In a user-cost-of housing-model it is easy to show that the prices of owner-occupied one family dwellings in Sweden have increased less than what could be explained by the falling long-term mortgage interest rates.

Two Swedish studies – one from the Riksbank and another brand new from the Swedish National Debt Office – concludes that the Swedish house prices can be totally explained by fundamental drivers.

I agree with the EU-Commission that one also must consider the possibility of rapidly rising mortgage interest rates and its consequences.

But economic research indicates that most of the structural factors that have led to the fall in global real interest rates with 4,5 percentage points since the mid-nineties are likely to remain over the foreseeable future.

With persisting low real interest rates the risk of having the price-to-income-ratio and price-to-rent ratio well above their historical averages are likely to be small.

In addition, the stress tests done by the Swedish FSA shows that the vast majority of households have good economic buffers to deal with an increased interest rate to 7 per cent.

And banks also check whether a person applying for a mortgage has a buffer to cope with an increased interest rate to about 7 per cent.

This means that the direct credit losses for banks from rising interest rates are likely to be small.

But systemic financial problems can of course arise indirectly in periods of raising interest rates or in a recession if indebted households significantly reduce their consumption with large negative effects on GDP.

This risk is frequently communicated by both the Swedish FSA and the Riksbank. A view obviously shared by the EU-commission.

But macro research does actually not support that this is likely to be a big problem for Sweden.

Professor Lars EO Svensson has in several recent papers – referring to the macro research – showed that it is the pre-crisis change in the household debts combined with what has caused it that determines the subsequent consumption effect.

Indeed, there is evidence from Denmark, the UK and the US of a correlation between household pre-crisis increases in debts and subsequent negative consumption responses during the financial crisis in 2008 and 2009.

But there is no evidence that high household debt caused the negative consumption responses during the crisis.

The research instead shows that the negative consumption effect was caused by the pre-crisis overconsumption financed by housing equity withdrawals.

According to professor Svensson there are no signs of overconsumption financed by housing equity withdrawals of macroeconomic significance in Sweden.

The todays’ historical high saving ratio in Sweden – also compared to the very low pre-crisis saving ratios in Denmark, the UK and the US – supports this conclusion.

In its recent report, The Swedish Fiscal Policy Council – referring to the same research as professor Svensson – concludes that the stated risks about the Swedish household debts seem to be exaggerated.

– this with a clear address to the Swedish FSA, the Riksbank and several international organizations including the EU-commission.

Obviously, this conclusion also affects the Council recommendation to deal with the stated risks of the household debts.

The Council recommendation is that Sweden, to address the risk related to high household debts, gradually should reduce the tax deductibility of mortgage interest payments or increase the recurrent property tax.

This since the current tax system gives incentives to higher debts.

It is true that the combination of low property taxation and generous interest rate deductions give incentives to debt financing of housing.

There might be structural and public finance reasons for reducing the deductibility of interest payments or raising the property taxation. But the financial stability reasons for doing this are weak.

What instead is of importance for financial stability is the households’ ability to serve their debts. The interest payments-to-income ratio is at an all-time low level right now.

So, to sum up, I conclude that there obviously is research giving rather different conclusions regarding the risks of the Swedish household debts compared to the view in the EU Commission Staff Working Document and the Council Recommendation.

I therefore hope that this will be considered – if not before – at the latest in the next years Commission Staff Working Document and the Council Recommendation.

Consequently, I also hope that the Swedish FSA and the Riksbank in a better way deal with this research in its coming Financial Stability Reports and in its communications.

Or – if not – at least explain why they find this research of no interest.

Without an unbiased and thorough analysis of the risks of the household debts, we might draw wrong conclusions of how to handle them. 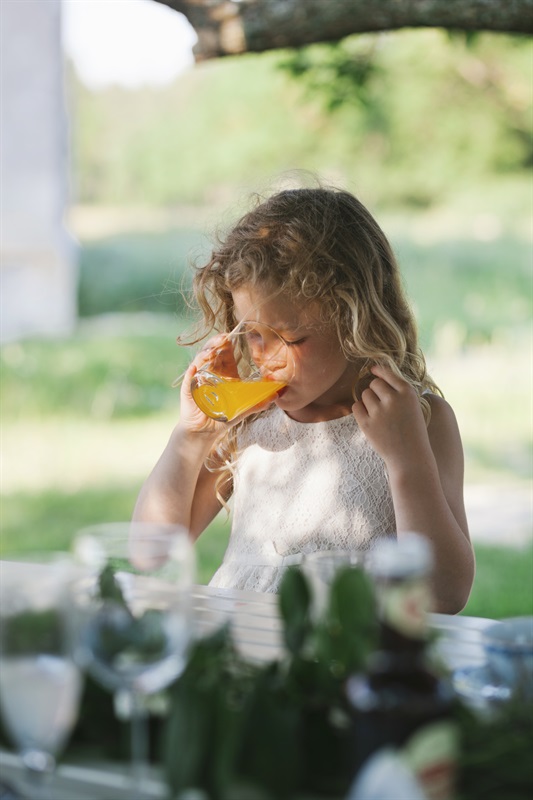 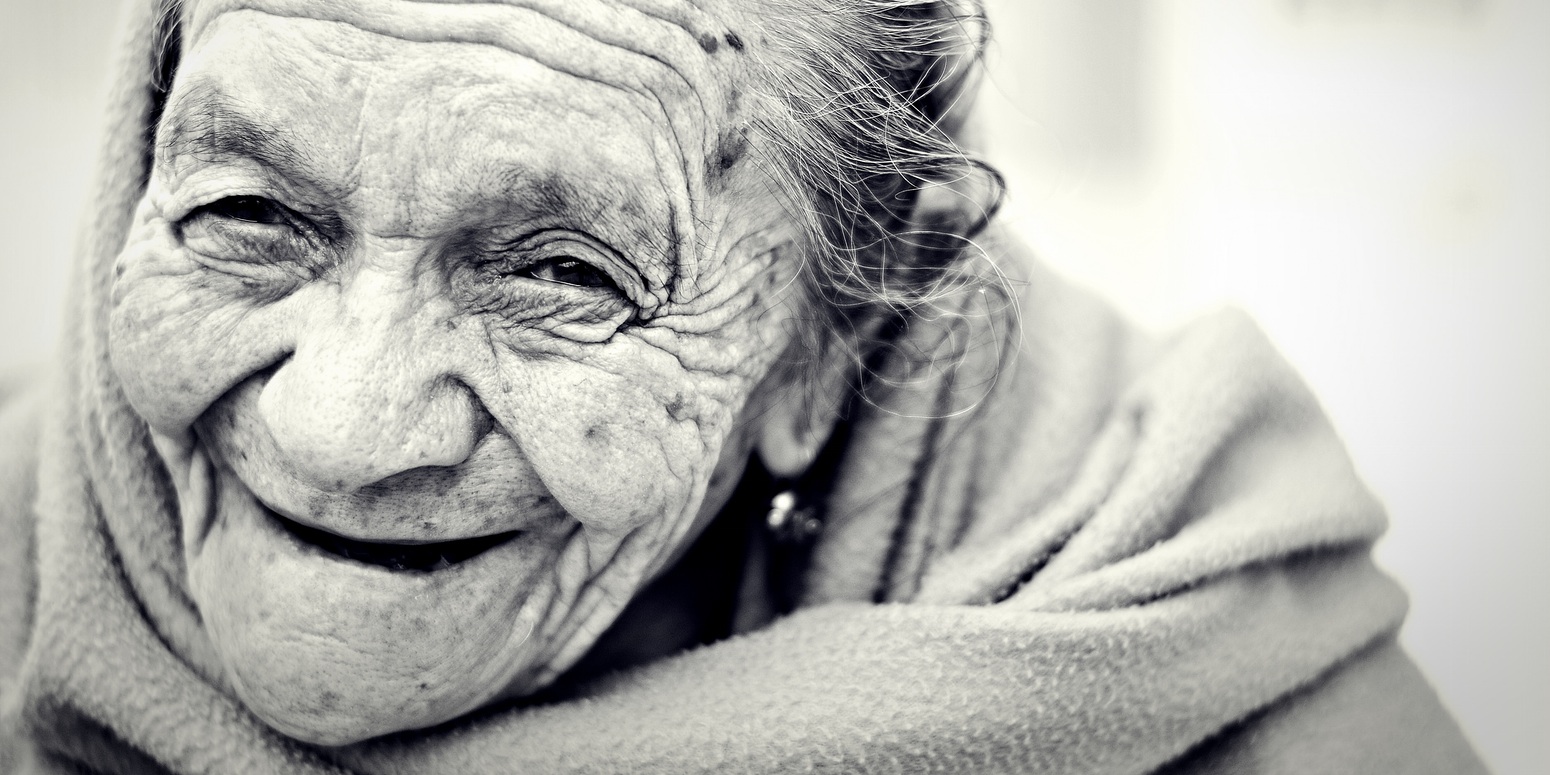